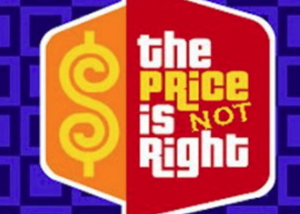 The piece below was written by Bloomberg columnist Matt Levine about the recent settlement of a case involving Saba Capital and the Public Sector Pension Investment Board of Canada. It’s a good example of how external factors, such as deal size and timing, have significant effects on the illiquid bond valuations. Ignore them at your peril! You can find the original article here. For more information about Corvid Partners and our bond valuation services contact us here

In 2015, the Public Sector Pension Investment Board of Canada sued Boaz Weinstein’s hedge fund, Saba Capital Management, claiming that it dishonestly mis-marked some bonds in order to underpay the board on a redemption request. The lawsuit was not especially compelling when it was filed, and over time it frittered away into almost nothing: A judge dismissed most of the claims, leaving only an argument about contract interpretation, and this week it was settled “as a commercial dispute involving a good faith disagreement over the valuation of two highly illiquid corporate bonds.” Never mind!

But it’s a fun story, not about hedge-fund malfeasance but about bond market liquidity. The pension board was a big investor in Saba and wanted out. Saba needed to sell a lot of stuff to cash out the pension board at its net asset value. It had been sending investors monthly statements of net asset value computed in the usual way, using pricing services (including Bloomberg’s) that use trades and broker quotes to compute a fair value of bonds. The broker quotes are generally non-executable email runs: A trader will send out quotes to a client saying that bonds are bid at 64 cents on the dollar and offered at 65, but that doesn’t necessarily mean he will sell them at 65 or buy them for 64. Those quotes are just an opening to the conversation; if you call him up and ask to sell bonds, he might pay you 64 for them, or he might put you on hold and call around looking for someone to buy them, or — apparently — he might just say “I don’t want to buy or sell those bonds.”

When Saba had to actually sell bonds to cash out the pension board, it sharpened up its pricing by getting real bids, and found prices on some bonds that were a lot lower than the reported prices. The pension board initially claimed that this proved that Saba “rigged” the bids to get lowball numbers, but that seems obviously wrong. The problem was not that Saba rigged the bids to get prices below “fair value.” The problem was much more fundamental: The “fair value” that people were quoting for the bonds in the abstract was not a particularly good guide to the price at which you could actually sell the bonds.

The dispute centered around some McClatchy Co. bonds due in 2027 and 2029 (the “MNI 27s” and “MNI 29s”). Bloomberg says there were $300 million of the MNI 29s originally issued, of which about $276 million are still outstanding; they are deeply junk-rated (Caa2/CCC). In mid-March of 2015, according to Saba’s summary, Bank of America Merrill Lynch was quoting them at 64 bid, 65 offered; Goldman Sachs & Co. was quoting them at 63/66. Here’s a transcript of the Instant Bloomberg chat between Boaz Weinstein and the Bank of America trader:

Weinstein: Z, where would you bid a few mm of the 29s with or without 5yr cds?
…
Trader: most likely below where you care. 50- 2mm
Weinstein: Yes, that is low I think.
Trader: where would u bid?
Weinstein: Who knows. See it quoted much higher. Actually you should change your 65/66 quote I guess.
Trader: im happy to reflect any market you would like me to make
Trader: i have no position
Trader: and quote it only
Trader: but thats the discount i would bid to go at risk
Weinstein: Yeah, the quote seems wrong I guess.
Trader: given how illiquid it is
Trader: sure do u have a two sided market?
Trader: or what is an appropriate quote?
Weinstein: I guess if you only care at 50 on 2mm then probably 65/ for any size is wrong.

Weinstein’s point is that if the trader will only pay 50 for the bonds, he shouldn’t send out quotes that make it sound like he’d pay 65. (The chat says 65/66 while the summary says 64/65.) The trader’s point is: Look, if you know what these bonds are worth, tell me, and I’ll put that in my runs, and maybe I can find someone to trade with you, but leave me out of it. The old-fashioned notion that a bank bond trader is a dealer, trading for his own account and sending out markets that reflect where he is willing to trade, is not relevant here.

Trader: those are pretty illiquid bonds and i dont own any of that basis
Trader: so not making it
Weinstein: Ok where would you buy 5mm then?
Trader: i dont want to buy or sell those bonds
Trader: that’s why i quote them for the most part
Weinstein:  No level?
Trader: if you like a bid i can show a liquidity bid
…
Weinstein:  Ok let’s see. 5mm
Trader:  but i dont want to offend u
Weinstein:  haha
Weinstein:  This time I asked for it.
Trader:  60/ bid 1mm, 50/ 5mm

Saba ended up sending out a bid-wanted-in-competition on some bonds — including $31 million of McClatchy 2029s — to eight banks, who sent it to a bunch of their clients. (“Indeed, the BWIC was so widely disseminated that PSP itself” — the pension board — “received it from two different dealers,” says Saba.) Three banks returned bids on the McClatchy bonds, with a high bid of 31. The other five banks “could not provide any firm bids whatsoever.”

So the price of those bonds was:

There is nothing magical about this. If you are motivated to sell, you should expect to sell below fair value. If you are motivated to sell a lot, you should expect to move the price. These are illiquid distressed-ish bonds, so you’d expect the moves to be big. It’s all pretty normal. But the numbers are big! And the traders are frank about their lack of interest in taking risk to intermediate bond trades on behalf of their customers. “I don’t want to buy or sell those bonds” is a rough thing to hear from your bond dealer.

I am often skeptical about bond-market-liquidity complaining. The problem is basically that if people want to sell a lot of bonds, the prices of those bonds will go down, and the people will lose money. That’s true! But that’s how it’s supposed to work. It’s not a systemic problem, particularly if the holders of those bonds are hedge funds with long lockups and rich investors. Still there’s something a bit creepy about this story, which is not so much about a hedge fund that discovered it would lose money if it was forced to sell a bunch of bonds all at once — though that is true — as it is about a hedge fund that looked into where it could sell bonds and found out that everyone’s whole concept of fair value was completely wrong.

View Corvid's AIFMD Brochure
We use cookies on our website to give you the most relevant experience by remembering your preferences and repeat visits. By clicking “Accept All”, you consent to the use of ALL the cookies. However, you may visit "Cookie Settings" to provide a controlled consent.
Cookie SettingsAccept All
Manage consent

This website uses cookies to improve your experience while you navigate through the website. Out of these, the cookies that are categorized as necessary are stored on your browser as they are essential for the working of basic functionalities of the website. We also use third-party cookies that help us analyze and understand how you use this website. These cookies will be stored in your browser only with your consent. You also have the option to opt-out of these cookies. But opting out of some of these cookies may affect your browsing experience.
Necessary Always Enabled
Necessary cookies are absolutely essential for the website to function properly. These cookies ensure basic functionalities and security features of the website, anonymously.
Functional
Functional cookies help to perform certain functionalities like sharing the content of the website on social media platforms, collect feedbacks, and other third-party features.
Performance
Performance cookies are used to understand and analyze the key performance indexes of the website which helps in delivering a better user experience for the visitors.
Analytics
Analytical cookies are used to understand how visitors interact with the website. These cookies help provide information on metrics the number of visitors, bounce rate, traffic source, etc.
Advertisement
Advertisement cookies are used to provide visitors with relevant ads and marketing campaigns. These cookies track visitors across websites and collect information to provide customized ads.
Others
Other uncategorized cookies are those that are being analyzed and have not been classified into a category as yet.
SAVE & ACCEPT